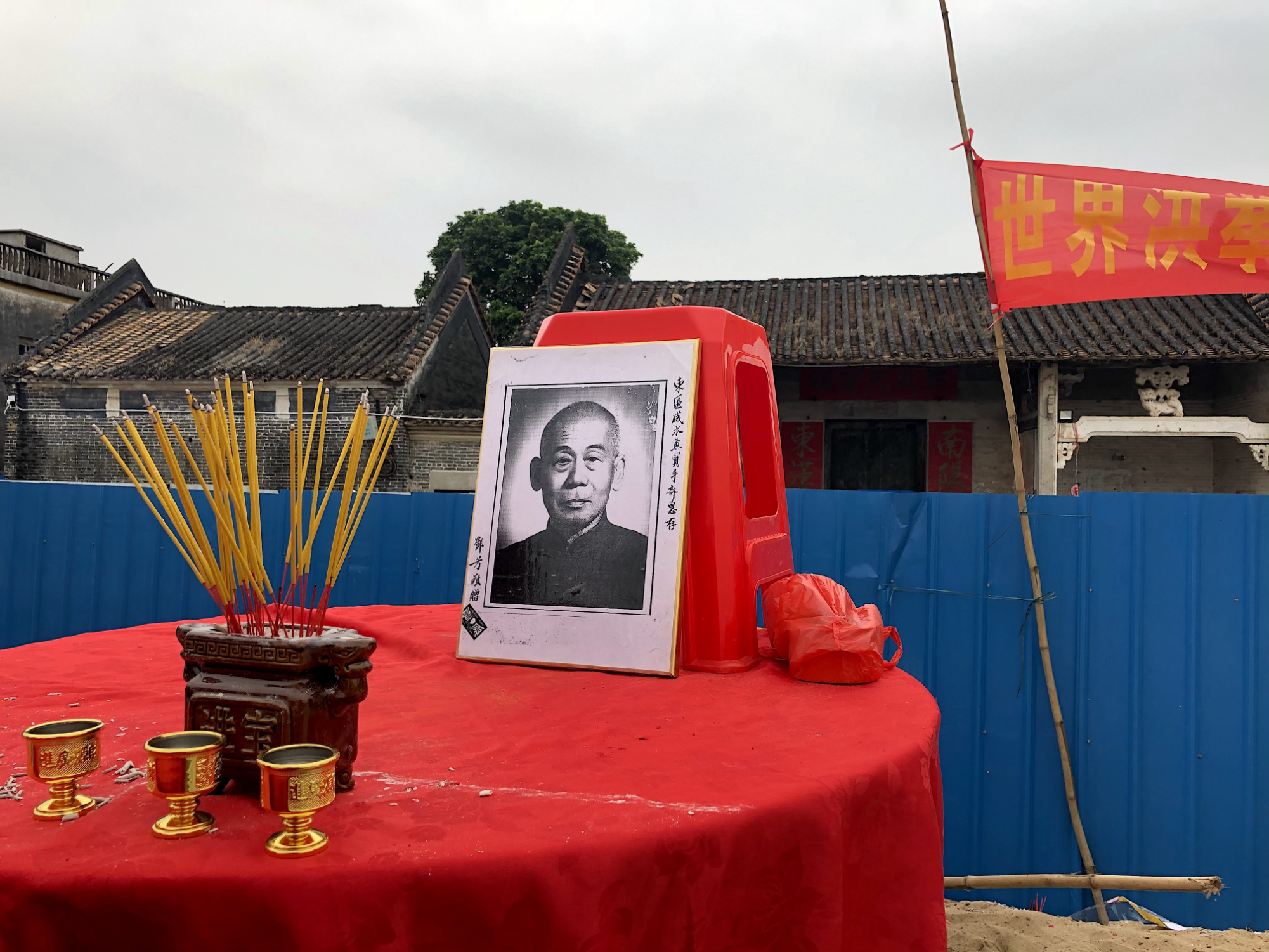 Tang Fong (1879 - 1955) was born in Sam Soy village. In these days, the oldest mail member of the village was in charge. Villages often hired martial arts instructors to teach them so the village could protect itself. During his youth, Tang Fong Learned from Sifu Wong Yau, and Sifu Yuen Yin, learning “village” style Hung Ga, also know as “old style” to distinguish it from the orthodox line of Wong Fei Hung, and Mau Shan, a form of folk sorcery.

Later, he studied with Wong Fei Hung, completing the traditional Hung Ga style. During his tenure with Wong, he was classmates with Lan Sai Wing. During this period, there was a famous incident. A rival of Wong Fei Hung trapped Lam Sai Wing, Tang Fong, his brother Tang Yee and others inside the Luk Sin theater. Having only 10 people, and being outnumbered 6 to 1, Tan and Lam were hard pressed to escape.

During the fight Tang Fong used an iron ruler to douse the light, and they fought their way out. They escaped, despite the fact that Tang was stabbed during the incident. After this both Lam and Tang left town to avoid trouble. Lan Sai Wing went to the Gwang Dung/Gwang Sai border area because there were fewer people there. Tang Fung went to work in Singapore as a miner.

When he was a young man Wong Fei Hung taught martial arts to the army. Wong Fei Hung has married four times. His first wife surname Law died threeLater, Tang Fong returned to Gwang Dung. After Wong Fei Hung was quite old, Tang Fong and his brother opened a school called Yee Ying Ton or “chivalrous/brave hall”. Also, he renewed his relationship with Lan Sai Wing, learning forms that were not part of Wong Fei Hung’s original curriculum. Because of this period, many erroneously considered him Lam’s disciple, but as he had mastered all of Wong Fei Hung’s curriculum before leaving Wong’s school, he is rightly considered a junior classmate of Lam Sai Wing.

Eventually, Tang Fong took over the position of head of security at the Sau Kay Wan fish market from Lam Sai Wing. Tang Fong had several well-known students, of which Ho Lap Tin was most senior, and Yuen Ling, who was considered the best. It was Yuen Ling who would eventually take Tang’s place at the fish market when Tang was elderly.

Grandmaster Tang Fong (1879 – 1955), was born in the Sam Shui city of Guangdong Province in China. Tang followed his father to learn the martial art and Dit-Da (Chinese Orthopedics) during his young age. After he grew up, he went to Guangzhou city and learnt martial arts under Master Wong Yau in the school located in Cheung Sau Lane’s Tak Sing Lane. Later he became a student of monk Sim Ling of the Wah Lum Temple.

Grandmaster Tang Fong’s father Tang Biu, was a famous for Dit-Da in Sam Shui. He had in-depth knowledge in Mieu Shan skill (a Chinese witchcraft). As Tang Gui had killed people in combat during his young age, he refused to teach Tang Fong all of what he knew. Although Tang Fong requested him earnestly, Tang Bui only taught a little bit martial arts to Tang Fong for self-defense.

After Tang Fong grew up he went to Guangzhou and learnt martial art with the guidance of Master Wong Yau. Master Wong You taught long distance martial art. The basic training also required one year’s time and Tang Fong thought that he had some elementary skills and no need to wait for only year. However, he could learn a little in two years. Later Tang Fong heard that there was a monk called Sim Ling in the “Wah Lum Temple” and Sim ling was willing to teach students in a more efficient way. Tang Fong then followed monk Sim Ling. The “Left hand Mui-faa Spear” was learnt from monk Sim Ling.

As Tang Fong had beat down Yuen Hoi in “God of Wealth Temple”, people started calling him Tiger of Sai Kwan District. Later in the incident of Lok Sin Theater, Tang Fong was one of the participants. Since there were many people that got injured. Tang had to leave Guangzhou and went to Southeast Asia. Tang Fong returned to China after the Qing dynasty was over.

After the start of Sino-Japanese was, Tang Fong moved to Hong Kong. In 1948, Kowloon Jewelry Association and Hong Kong Fisher Market of Eastern District invited Tang Fong to be the martial art and lion dance teacher of their members. His students such as Chow Wing Tak, Lau Kai Tung, Ho Lap Tin, Yuen Ling started opening their own schools. Tang Fong’s lineage became famous in Hung Gar gradually. The disciples of Tang Fong have expanded to overseas and to east European countries.